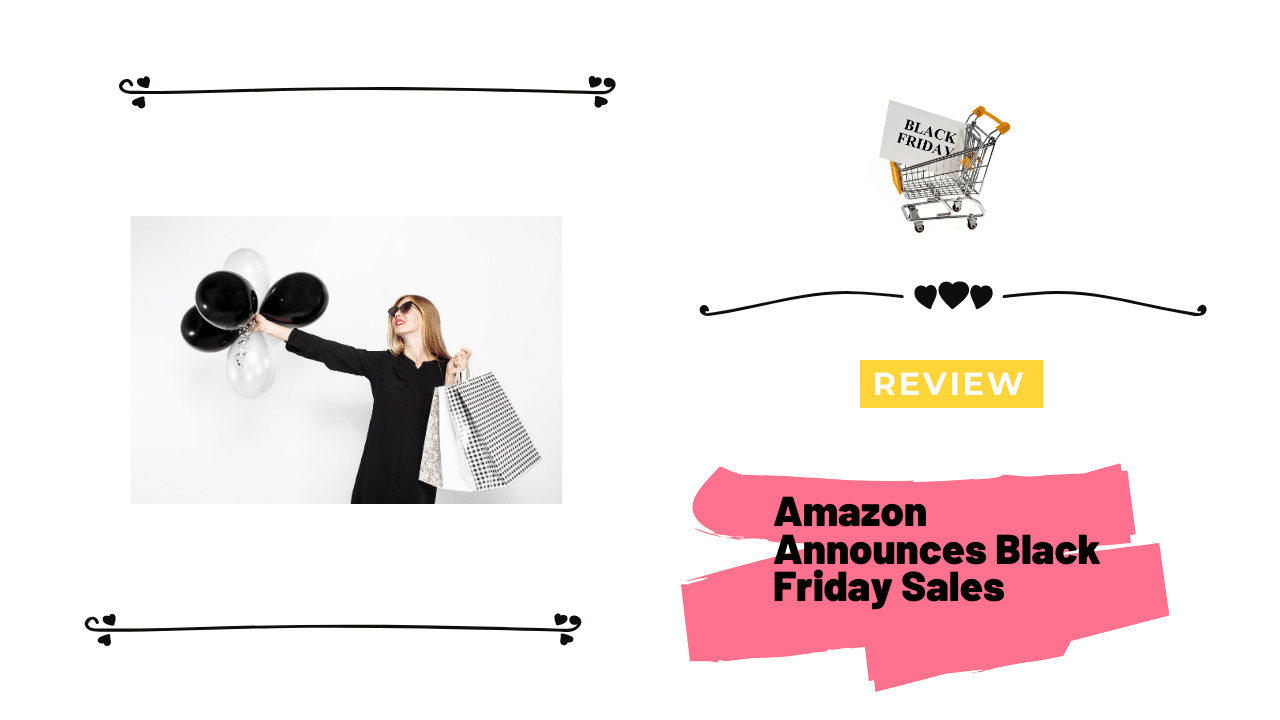 There have been some major changes to Black Friday, thanks to the way society has had to react to the outbreak of Covid. Nearly every retailer has had to take a step back and make changes in order to be able to conduct business safely.

Because of this, Amazon rearranged the normal sales events it usually puts on starting with their Prime Day. There won’t be the same schedule for Prime Day or Black Friday sales starting on the day after Thanksgiving.

Everything is going to be much earlier than that traditional day. The company revealed that Black Friday sales for the online retailer will begin in October rather than in November.

Those who are looking to take home some great gifts for family and friends as well as a few goodies for themselves will need to gear up for this special event. Instead of a day to get some shopping in, Amazon will begin their sales the final week in October.

The site won’t shut down these sales quickly, either. Shoppers will be able to buy great gifts at discounted prices for 21 days. During this sales event, the retailer will release offers at huge savings every single week for the 21 day period.

The way that Amazon has structured this sale will make it run right into its Cyber Monday event, which takes place at the end of November. So these two sales will end up butting right into each other.

For shoppers, that means continual sales from Prime Day to Black Friday and then right into Cyber Monday. A bonus change that’s in the works is that there will be something known as the early event.

This is what will take place before the arrival of Black Friday. Normally, the best sales go solely to the those who hold Prime memberships. But this year in 2020, Amazon may let shoppers who don’t have a Prime account have access to some of the same deals.

There’s no word yet on which deals these customers will be able to get. However, as always, there will still be Prime only deals. The reason that Amazon has made these changes is due in part to the economic fallout for consumers.

But it’s also being done as a way for the retailer to gain more loyal customers and possibly welcome new shoppers to their Prime membership. Because there’s been no concrete announcement concerning the exact date or time for Amazon’s big sales, aside from Prime Day from October 13-14, there’s still a lot of speculation.

This is why it’s best for shoppers to check for announcements regularly. But since many other retailers have publicly stated that their sales will begin in October, the odds are that Amazon will also join in.

Every year, Amazon stages a huge sale every July. This is known as Amazon Prime Day. Many people consider this a Black Friday of sorts for Amazon. That’s because you can get some of the exact same deals that you would get on Black Friday at other retailers.

Some people will actually sign up for Prime a few days before this event just so they can take part in all the deals. People who sign up for this also get the two-day free shipping on top of all the other deals that are offered.

This year, however, Prime Day is different. Instead of being held as usual in July, Amazon made the decision to push it further down the calendar into the year. Because of all the economic chaos due to the pandemic, the new sales date will now be October 13-14.

The kinds of deals that you can expect on this day are going to vary. But each category should have some blockbuster sale items. The trick to saving the most when this event happens is to know ahead of time what you want to buy and whether or not it’s truly something you need.

For example, saving $50 on a blender that you’ll never use is not a good savings. But if you know you’ll use an espresso maker and you see one on sale, then it makes sense to snap it up.

Also, if you plan to buy something for someone, but you’re not quite sure yet what it is, then you can shop in the general category of stuff they might like. For example, for teens who enjoy gaming, you could look at gaming headsets or gaming keyboards.

Be sure to check with the manufacturer to see if they’re offering any discounts or coupon codes that you can use for more savings or for rebates. Amazon Prime shopping is poised to help consumers get some of the best deals of the year long before Black Friday and Cyber Monday come along.

Black Friday isn’t going to kick off the day after Thanksgiving in 2020. That’s because plans are already in the works to make this event begin a lot earlier. This is due to helping keep the number of people crowding into stores down.

Because of this, expect to see sales begin as soon as October arrives. Shoppers will be able to find the same items and more online for this sale event just as much as they could shopping in the store.

Some of the best Black Friday deals can be found on Amazon. You’ll be able to start shopping the minute the event kicks off and you’ll be able to do it from the comfort and safety of your own home.

For those who happen to be Amazon Prime members, you’ll get your items quicker, too. There are specific categories as well as items that you can expect to see for sale. Laptops are going to kick off one category.

What you want to look for are ones such as ASUS and Microsoft brands. These sales will range from $50 off to hundreds in savings. It’s speculated that Dell laptops will be on sale, including their gaming version.

Technology that can help organize your life or get you into shape will also be on sale. Look for smartwatches and Fitbit items at discount prices. You can save enough on certain exercise related items that you’ll be able to put it toward workout equipment or clothing.

Some of the best deals may also be wireless headphones, including gaming brands. Cameras and television equipment such as the Amazon Fire TV Stick will also make an appearance during Black Friday events.

Save money on items like Amazon Echo as well. If you’re looking for Wi-Fi enabled home security systems, you’ll be able to score savings on these, too. Keep an eye out for sales on the Ring doorbell camera, because it will surely make an appearance at a discount.

As always, television deals will top the list for what many shoppers are seeking. You want to be sure that you get a great brand, so do your homework on how these TVs perform before you buy.

A sale on a lesser quality product will cost you more in the long run when it doesn’t last as long or meet your expectations. One brand to pay attention to during this sale is Samsung.

Audio sales will show up for products like Apple AirPods or Powerbeats. You’ll also want to check out home speakers and channel sound bars for sales. E-readers will be on sale during Black Friday, and you’ll want to snap up the deals offered on Amazon’s top rated Kindle.

Popular video games will show up with lower prices and you’ll want to grab some of these for the gaming enthusiast on your list. Plus, these make great stocking stuffers.
Kitchen appliances like coffeemakers (including Keurigs) and Instapots are also usually on sale on Amazon during Black Friday and make thoughtful gifts for someone on your list.