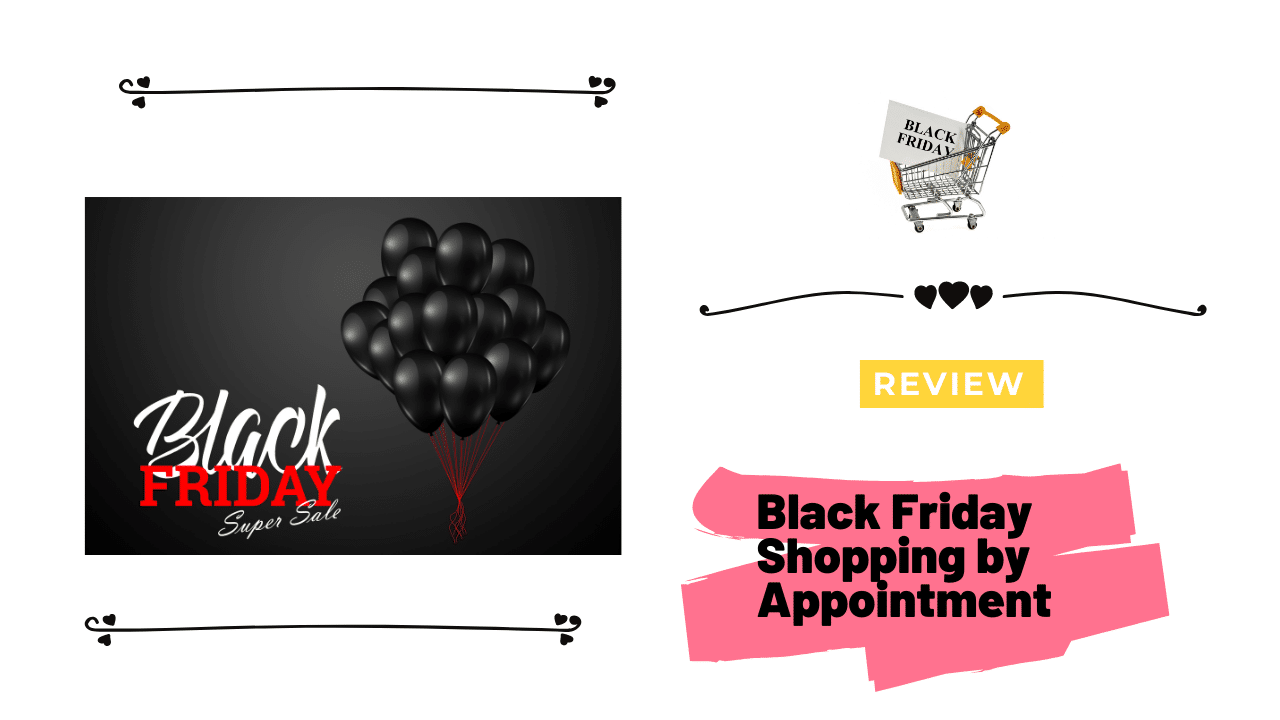 Crowds that traditionally show up for holiday shopping have always been considered the norm until this year, when a virus made crowded shopping a lot less safe. In response to the pandemic, many stores have now decided that this shopping day will be held a new way.

Many of them plan to have online shopping instead, which will still allow people to get what they need, but without having to be in the store to do so. However, there will be some stores that do plan to have in person shopping for Black Friday.

But this in person shopping will be done by appointment only. This concept first took root when stores were allowed to reopen for business a few months ago and Best Buy was one of the stores that implemented shopping by appointment.

Most people don’t think twice about making an appointment when they need to do something. If you go to the doctor, you need to have an appointment. You can’t just show up whenever or there would be too many people for the doctor to safely see in one day.

This is the same meaning behind appointment only shopping. The purpose of this plan is solely because businesses want to limit the number of people inside the store. The smaller the crowd, the less likely there will be of any viral transmission.

The focus for retailers is to put forth the best possible care in order to keep customers as healthy as possible while shopping. It’s also part of the plan to limit exposure to their employees.

In order for people to be able to shop at appointment only stores, they will need to check with the establishment to see how to sign up for a shopping slot. Some will have schedules open for customers to add their name and shopping times on a website appointment roster.

This ensures that everyone can have the same chance to shop for what they need and at the same time, it eliminates long lines, crowds and the rush to enter a store. The shopping appointment times won’t be unlimited, however.

When someone signs up for a time slot, they’ll have a specific amount of time to get their shopping done so that their appointment doesn’t overtake the next person’s appointment.

Some stores have virtual queues where you can arrive, put your name on a list, and come back when you’re notified that it’s your turn to shop.

In addition to having shopping by appointment, these same stores will schedule curbside pickup for those who don’t want to make an appointment. This way, you have a contactless experience when you simply place your items in the trunk of your car.

Some Stores Are Closed for Black Friday

No one is doubting that the year 2020 will go down in history as one of the roughest years to hit lately. It’s been a time of stress and heartache for many people and everyone has learned to adapt to a new way of life.

Months have passed since Covid arrived on the scene and now it’s almost time to begin shopping for the holiday season. But shopping is one of the many things that people have had to learn to change because crowds in close proximity can spread the virus.

Most stores will not have the Black Friday event that has been a tradition after Thanksgiving for many years. However, that doesn’t mean that the sales day isn’t happening at all.

It only means that it’s going to look different than it has in the past. Stores have moved their sales day to their online sites. This means that in order to get the deals, you’ll have to shop online ,since most won’t be offered in stores.

What that means for you is that you can still find the things that you want. You can still get the best deals. But what will happen now is that when you order, you’ll have the option to pick up your items through curbside pickup or by having it delivered to your home.

Many of the bigger retail stores made the decision to stop in person Black Friday shopping as a means of trying to help battle against the virus. Walmart is one of the stores that decided to stop offering Black Friday in person for 2020.

This change will be in effect for every one of the Walmart stores. It also affects all of the Sam’s Clubs. These stores will close early on Thanksgiving Eve and will remain closed until the Saturday after Thanksgiving.

You can expect that some of the well-known stores will also be closed. Target is one of them. The store is opting to remain closed on Thanksgiving, but does plan to offer sales deals outside of Black Friday.

Other stores that are going to be closed as well as have changing hours and Black Friday plans are home improvement stores Lowes and Home Depot. Office Max and Staples will be closed and so will Burlington’s and T.J. Maxx.

J.C. Penney stores as well as Kohls and Macy’s will be closed. Costco, PetSmart, Barnes & Noble, and Best Buy will also close. Some grocery stores will even close. In order to find out if a store you’d like to visit will close, you can search their website or social media for a list of closing dates as well as sales dates.

The term Black Friday has a long history. It was first used in the late 1800s to describe the financial fallout from a gold panic that began due to a conspiracy. But over time, the meaning behind the name changed to one that related to shopping.

Now many people believe that Black Friday refers only to the day after Thanksgiving. It’s believed that this day is the time of year that stores will see major profits that can offset losses that happened through the year.

This is why many retailers have planned the sales far in advance. They’re hoping to make up for any lost revenue they experienced, especially because of what’s happened in 2020.

The name has remained the same until this year. Now, Black Friday may no longer be known as the one day sales event taking place the day after Thanksgiving. Now, the name may change to indicate the different times and ways of shopping that have occurred due to the Covid virus.

Instead of using the same old label, many stores are referring to the sales event as Cyber Week. Others are referencing the sales to specifically reflect the length of time, such as Savings Month.

This is because many retailers are no longer relying on Black Friday to be just one day. They’re planning for it to last a lot longer, not just to reflect the way the world has changed due to the pandemic, but also to give people a chance to get deals who may not be able to afford them when the sales first begin.

Another reason behind the changing name among some stores is due to the closures that will be taking place. It used to be that the Friday after Thanksgiving was officially known as the shopping day of the year because most stores had blowout specials and offered the chance to shop from midnight Thanksgiving Day to the end of Black Friday.

People would line up outside the store in the wee hours of the night just waiting for the doors to open. Since many stores will now be closed, the same Black Friday shopping experience won’t be offered.

What’s happening now is that some stores will have online Black Friday only and you won’t be able to find any sales in person. They’ll have an event allowing you to shop from home that will last just for the day for those stores.

Others are having a week long sale and will refer to the event by a name chosen to reflect their sales event. So make sure that you pay attention to what stores are calling the sales this year. You don’t want to miss out.